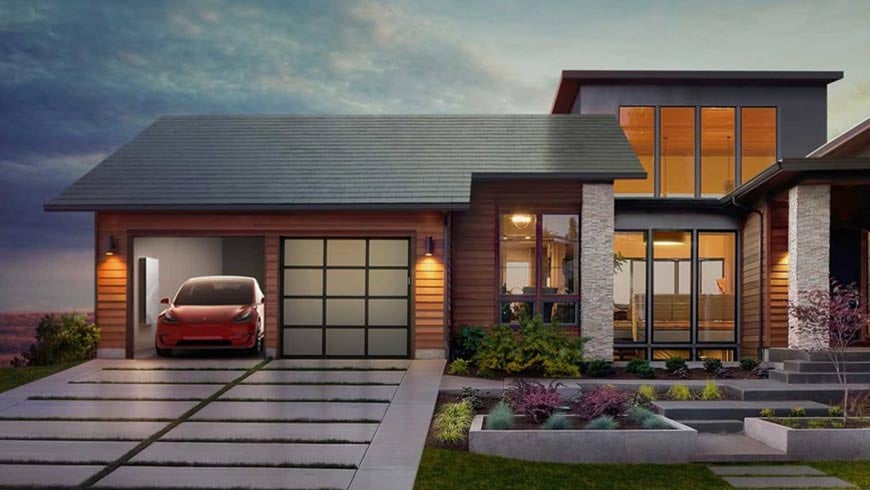 This guest post comes from our partners smiknowledge, providers of professional development support services to individuals, teams and entire organisations in the fields of strategy, management and leadership.

We picked this one specifically because it highlights a key pitfall of innovation: the risk of failing to translate innovation into commercial advantage. It outlines why the challenge for Tesla is to maintain its culture of innovation consistently in order to develop its product into something with true competitive advantage, in the face of a rapidly changing transport eco-system.

We would absolutely agree that entering such an established industry with high costs of entry is a highly risky proposition, and that Tesla's ability to keep innovating will be crucial in ensuring success. However, we'd also highlight the complementarity aspect identified in this post as perhaps equally crucial - autonomous vehicles are just one part of the fundamental changes happening to the way we move around our planet, and Elon Musk's various other ventures may give him both the power to influence and the insight to anticipate the development of the resulting new transport eco-systems in Tesla's favour.

This ‘micro white paper’ provides insight into a specific aspect of strategy, one that carries with it an illustration of the various iterations that strategy practice has traversed over the years. The intent of the paper is to contribute to the topics to be discussed in our upcoming conferences, as follows:

In particular, this paper can be seen as a contribution to an examination of strategy that is concerned with aspects of the third stream of the program, Strategic Change: Coping mechanisms in an era of unbounded disruption.

In this session, we build on our observation that in order for Tesla, the recently emerged automotive power house, to survive it must recognise the need for it to continually adapt and invent itself if it is to evolve into a key player in the automotive industry of the future. In particular, Tesla must ensure it continues to enjoy a culture of innovation and creativity in a form that exists beyond its current offering which is innovative in concept, but less so in practice.

As you will see, we observe that while Tesla is benefiting from a short-term comparative advantage, in the future that advantage must be transformed into a long term competitive advantage, one that is based on the delivery of a service offering that will be hard, if not impossible, for competitors to copy. This is a tough call given the number of industry incumbents and the extent of competition which is, suffice to say, fierce.

From a strategic perspective we observe, the real innovation that is possible from the Tesla business model of today has yet to be realised.

Following a presentation of our case, we then ask “Can Tesla do it? Will Tesla emerge from the forces that are already preparing to fight it in a resource-rich, capital-intensive and extremely competitive environment or will it fall short?”.

With the story of Tesla’s longevity and long-term prosperity in mind we invite you to read the story contained herein and to then provide us with your views on the validity of -the observations through either our LinkedIn discussion group or on our blog.

A new era of competition needs new perspectives of strategy: Can Tesla lead the way?

Just as the world braces for the inevitability of extreme disruption from the emerging fourth Industrial revolution, Elon Musk is embracing it, in spades. Through the establishment of new businesses, Musk has embarked on a mission to: “redefine transportation on earth and in space”.

Businesses he has established to achieve this aim include SpaceX, a launcher of satellites and future provider of space travel, the Boring Company, a tunnelling specialist that he hopes will ultimately facilitate under-city highways and Tesla, an automotive company that is bringing fully automated, electric vehicles to the mass market. The implications of competition at Tesla is the focus of our attention in this paper.

In 2006 Elon Musk published a ’business masterplan’ for Tesla that explained his approach: “Tesla will create a low volume sports car, use that money to develop a medium volume car at a lower price and use that money to create an affordable, high volume car”.

As of today, Tesla is up to stage 3 of its manifesto, as confirmed with the launch of the commodity car, Tesla Model 3 a couple of months ago. During that launch, Musk also announced that we can expect much more from Tesla in the form of sports versions of the model 3 – and a truck. Although a little wobbly, the Tesla share price to date has exceeded expectations – unusual for a company that is not expected to turn a profit until the year 2020 (at best).

In entering an already crowded automotive industry, Musk appears to have ignored conventional strategic thinking that would otherwise have concluded that barriers to entry make this foray an extremely unattractive proposition. The barriers he has had to fight include high volumes of up front capital investments, intense and entrenched competition, an unrecognised brand and zero experience in car manufacture.

Key to success for Tesla so far has been its audacious capacity to go where others fear to tread. This has been realised primarily through a form of differentiation from incumbent competitors, that is the uptake of an alternative source of energy through the substitution of fossil fuels (diesel or petrol) with electric batteries. From here, Tesla has identified additional forms of differentiation, albeit ones that will require cooperation with other organisations in areas where complementarity can be found to exist.

Building on electricity as a sole source of energy for its cars, new and innovative forms of competitive advantage become natural extensions of Tesla’s strategy.

As an example, the concept of electric powered vehicles provides a natural inclination towards the adoption of advanced forms of technological innovations in particular the uptake of autonomous (driverless) driving capabilities. Acceptance of this driving format in turn, leads to a natural inclination by customers to consider the inclusion of other captivating and technologically focused gadgets. These include interactive navigation systems; keyless car management (key functions are replaced by smart phone applications), and; internet based functionality that drives newly defined in-car communications and entertainment capabilities.

Other innovative features that Tesla offers are non-product related. They exist in the form of advanced logistics and manufacturing systems and processes. These include a reinvention of the retail car supply chain which does not rely on high servicing costs (electric motors need little maintenance).

It also includes a supply chain that eliminates the inclusion of car dealers altogether. Instead, Tesla has created a direct sales model that can be accessed virtually on-line and physically via retail outlets located in shopping centres. Another feature includes the use of remote monitoring capabilities that not only enhance security but also enable regular software updates to the cars’ operating management system.

Regrettably, no matter how impressive these features are, none of these points of differentiation is sufficient to provide Tesla with a source of long term, sustainable competitive advantage. Rather, Tesla is limited to a source of short term, comparative advantage alone. No matter how innovative Tesla is with its technology, it is limited in scope as other car companies are quite capable of developing their own, possibly better, versions of the same thing.

So how will Tesla realise a position of a sustainable competitive advantage in the longer term?

The answer lies in Tesla’s ability commit to a program of continual, strategic innovation. As an embedded part of an organisation’s culture, innovation isn’t Department or CEO owned. Rather it is a key attribute of an organisation’s psyche, one that is built around continuous invention and adaptation - in a context that we refer to as both responsive (accommodating fate) and prosponsive (implementing desire) strategic thinking.

As an innovative organisation, Tesla must continue to enjoy its capacity to embrace complementarity; in the form of multipurpose transport solutions delivered in partnership with specialists whose identities will become apparent from the emergence and management of ecosystems that embrace convergent technologies. Once such an eco-system is established, competitors will find it hard to replicate.

Tesla still has a lot of work to do to get to that level of operation. There is a reason other car companies have been slow to adopt electric power at the same level of commitment as Tesla. At the moment, the use of electric technology in cars is treated with caution, especially with regard to the use of battery technology. Specifically, there is doubt as to the capacity of electric cars to:

These issues must be resolved, to the extent that they become key features of the technology that Tesla will have to deliver if it is to become a lead player in the next generation of personalised transportation.

As an early adopter of advanced technology Tesla will benefit from its lead in this emerging market space.

In the near future, autonomous vehicles will become smarter, and this means that they will operate in a very different capacity to that of the cars and trucks of today. Along with the acceptance of autonomous vehicles comes the idea of vehicle sharing and full automation of transportation and logistics systems altogether. Under the new regime, it is expected that cars and trucks will become commodities that can be rented by the hour, day or week.

As a result, the value of automotive/car brands will be significantly diminished as the actual value of the service will not be realised through the physical vehicles deployed. Rather, value will be realised through the systemisation of transport eco systems that will be built around a whole new world of customer demand. Services in this brave new world will include options for these driverless cars to: arrive and depart at prescheduled times, or on demand; pick up and deliver friends, groceries, clothing or other people or objects along the way, and; focus on the use of vehicles that are designed/configured for task dependent purposes as opposed to luxury/performance dependent purposes.

Cohorts in this eco system of complementarity will include automotive parts manufacturers, technology providers (hardware and software), internet service and mobile phone providers, and the numerous providers of consumer goods and services that will be invited to join along the way – fast food outlets no doubt featuring as a key player in this scenario (although you should expect them to also be operating in newly defined eco systems, but that is another story). Other players will include various retailers, health providers, venue and entertainment providers and other new entrants to a world where people and the products and services they buy will become part and parcel of the same thing.

From a strategic perspective, therefore, the real innovation that is possible from the emerging Tesla business model will not materialise for a while. In the meantime, Tesla must continue to survive by leveraging its comparative advantage in the short term, while continually adapting and inventing in order to thrive in the longer term.

By the way, did I say in the beginning that Elon Musk has embarked on a mission to redefine transportation on earth and in space? So far, we have envisaged our new ‘cars’ as being earthbound, I deliberately haven’t discussed the idea that the cars of the future may also fly.

Now let’s ask again: “Can Tesla do it? Will Tesla emerge from the forces that are already preparing to fight them in a resource-rich, capital-intensive and extremely competitive environment or will it fall short?”

As yet, I doubt Elon Musk or his colleagues responsible for Tesla have an answer to these questions, so it is over to you. We invite you to consider, comment and then contribute to our conference proceedings with ideas and suggestions on what impact the emerging technological, environmental and political revolutions will have on society and on business.