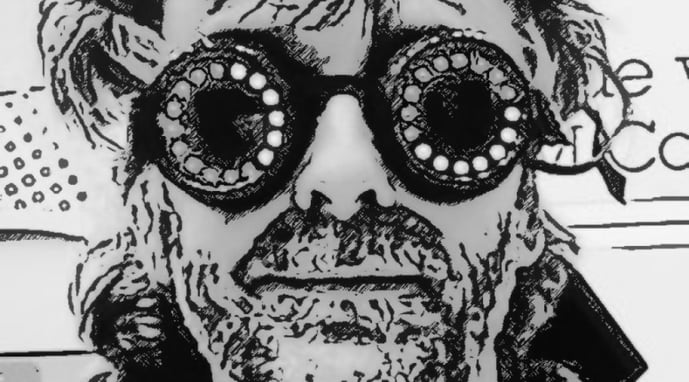 Innovation and IoT Champion Dave Locke draws on more than 30 years experience at IBM to share some invaluable advice for businesses of all shapes and sizes.

When it comes to innovation, businesses of all types and sizes face enormous challenges. In our second Innovation Blockers report, we analyse five different blockers:

Innovation is about empowering people to unleash their creativity
Dave Locke

One man who knows all about challenges in how to implement and how to measure innovation is Dave Locke, Innovation and IoT Champion at IBM. With the technology company for 33 years and in his current role for just over two, Dave started in more technical roles, innovating in his work and getting others involved so they could see the value, leading to an offer to work full-time in this area.

We sat down with a (virtual) chat with Dave to get his advice on overcoming each of the blockers featured in our report.

He maintains that the best way to get over that fear is to change the way you look at a problem - which is exactly what IBM did when they switched from what he refers to as inside-out design to outside-in design philosophy, around eight years ago.

“Inside-out design meant that the engineer or developer would come up with an idea, thinking they knew what the end client would want. They would build what they saw as the perfect product for them, which, in the old world, would take a couple of years, and they would deliver it.”

The engineer is as far away from the client as you can get and, as a result, does not have a good perspective on the clients wants and needs. A good salesman will still sell the product, even when it is not a great fit for the client and the problem it was trying to solve.

“We now use outside-in design, which is called design thinking,” says Dave. “It provides a very different mindset. Design thinking is core to the way we innovate and is infused in all stages of idea generation through development and delivery. In the early stages, the focus is on the definition of the problem. Too often the problem definition includes the solution. For instance, a problem may be stated as: build me a bridge over the Thames. The solution being the bridge, whereas the client just wanted a way to communicate with their family living on the other side of the Thames – the solution could be a bridge but there are many other solutions. The trick is to clearly understand the needs of personas the solution is aimed at. In addition to the what and the who, it’s important to have a wow factor that ensures your idea is better than existing solutions and your competitors. The process is iterative and at every stage involves the key stakeholders – the personas that the solution will benefit.

The iterative approach to innovation means that less money is spent before a solution is understood, which Dave believes takes away some of that fear factor. The trick is being comfortable you have a strong idea from the early stages, if not it can be killed minimising the amount of money and resource spent on it.

At IBM’s UK labs, innovation events take place a couple of times a year. The events take the form of competitions focused on a particular space. They help remove the fear factor by providing time and space to focus on innovation away from the day job. They enable people to take time out of their busy schedules to innovate in a fun, inclusive and facilitated way. Unlike traditional hacks where the focus is on building a prototype, the innovation challenges focus on coming up with great ideas. The challenges are inclusive and open to a wide range of employees from young to old and from across all job roles. Inclusion also follows through to judging where there is both a leaders vote and a people choice vote. The competitions have resulted in some fantastic ideas that are now being developed.”

Dave describes conflicting goals as a business problem, rather than an innovation problem. If a business describes itself as “having innovation at its heart,” then processes and plans should be in place to ensure there is alignment. As a general rule innovation needs to be focused with and aligned to the company strategy.

Dave cites IBM’s approach as one to minimise conflict. For example, when a new CEO came on board, the company strategy was refocused. It was clearly explained to all employees and adjustments were made across the board to plans and products to align with the new strategy.

“As a general rule, you have to follow what the leaders and strategy are asking for, otherwise you’re not listening and helping the company meet its goals,” says Dave. “There is plenty of scope to innovate in line with the strategy, but innovation is also encouraged outside of the core, wild duck ideas are welcomed. These ideas are ones that don’t conform to today’s strategy but could still be big for the company in the future.”

He talks of colleagues who have come up with some great wild ducks where the original timing was not right for the company to get on board. “Thankfully this was not seen as a blocker and they built them out quietly in the background in their own time,” he says, “and now they are two world-leading technologies (MQTT and Node-RED).”

“Skills are not the key to innovation,” says Dave. “Everyone is inherently creative; the trick is bringing out the creativity by providing the time, space, tools and facilitation to enable them. It’s the facilitation and mentoring that are most important.”

He finds a successful approach is to put together people with different roles and from different teams, all of whom will have different skill sets and different perspectives on life. “With directed innovation, it’s important to scope and provide an area of focus for them to innovate within. By mixing people with different skills and perspectives and guiding them using design thinking you stand a better chance of coming up with great ideas. That is not a skill per se, that is facilitation and enablement.”

The process is also important. “Once you have the inkling of an idea and think it might have something to it, that’s where design thinking comes into its own. By adding structure it stands a better chance of succeeding.” Putting such a process in place means that teams can understand early on whether an innovation is worth pursuing or worth shutting down minimising how much is spent on it. Agility is important.”

No definition of what innovation is

For Dave, a lack of definition isn’t the problem - he believes the problem is a failure to define the relationship between innovation and business needs. “Innovation is about empowering people to unleash their creativity,” he says. “What the business needs is to shape the areas for people to innovate in. That comes down to alignment with the business and strategy. Sometimes innovation is pigeonholed into a specific area like coming up with the next great product. It should not be pigeonholed, innovation can be applied across the board, from day to day operational improvements, to making the office a better place to work in, to the next big idea.”

This alignment with company strategy is key for Dave, with empowerment being vital for success. He is keen to point out people should not be prevented from innovating in other spaces,” he says, “that’s where wild ducks come from and that wild duck may be where your next offering comes from.”

Disagreement over who owns innovation

For Dave, there is no single person or group who are the innovators in a company. He strongly believes that everybody has the ability to innovate, using their creativity and knowledge. What is key is for employees to feel empowered to innovate, which requires buy-in from all areas of the company - from execs all the way down. To enable this, an innovation officer or small group of facilitators can help with the messaging, the tools, the space, the facilitation, and governance to infuse innovation into the fabric of the company, creating a culture of innovation.

“It doesn’t matter what industry you’re in, or what your role is. Once you’ve got the hang of performing a role, you might think, “this could be done better’. Because you’re the one at the coalface.” He hammers home the point that the individual performing a particular role is the one who typically knows that role best - and is in the best place to come up with ideas to overcome any hurdles and blockers that they are facing.

“The blocker,” he says, “is that, in some companies, nobody will listen to their ideas, because of the company’s hierarchical structure. You told it’s not your role. You’re just paid to do the job.”

Dave is a huge advocate of IBM’s approach, which gives each employee the opportunity to be innovative - and, importantly, to be listened to. There is a time and a place to be innovative. One blocker is the delivery manager, who is focused on dates and delivery and doesn’t want anything to get in the way. The trick is agility, for example when delivery schedules are tight, the focus is on delivery but at other times there is time and space where employees are encouraged to learn new skills and to grow ideas. Innovation isn’t pigeonholed it is encouraged across the board and facilitated by the lab management team.

“IBM is keen for everybody to be innovative, from the bottom up and the top down,” says Dave. “My role in the lab management team is to infuse innovation into the fabric of the lab. At its heart, it is about facilitating and empowering our employees to be creative and come up with ideas to solve problems, to be listened to and to grow the good ideas. We’ve got some great examples that have come from a wide mix of people, from interns to highly experienced, from within the day job through to competitions. The best part of my job is watching people innovate and their great ideas growing from a seed to full bloom.”

Many thanks to Dave for his insight. It will be reassuring for many businesses to see that, in his eyes, encouraging and measuring innovation can be made easier by a different approach to perceived blockers, and thinking not just about the individual innovation, but the company as a whole.

Looking for methods of measuring and managing innovation in your organisation? Register for early access to the Solverboard innovation platform.