How to clearly define innovation 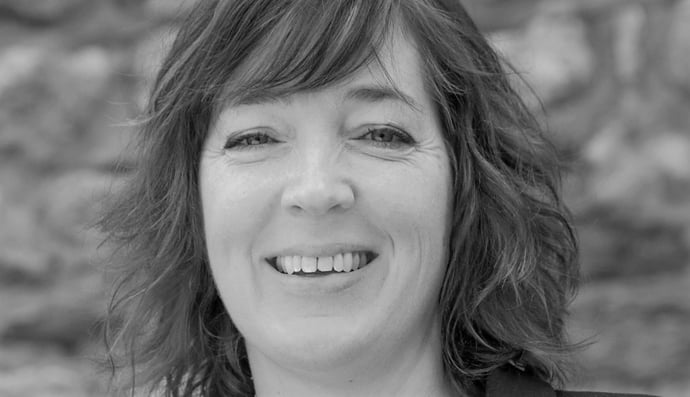 Our latest report highlighted the need for a clear definition of innovation. Here, Cecilia Thirlway shares her thoughts on how businesses can define innovation with more clarity.

In our second Innovation Blockers Report, we discussed how difficult it can be to clearly define innovation. In the spirit of the report - in which we asked a number of innovation experts for their advice - we’re continuing to turn to industry experts to help businesses to establish what they can do to overcome their blockers to innovation.

Strategic communications consultant, Cecilia Thirlway, is no stranger to tricky conversations about innovation. Cecilia spent most of her career in corporate comms for companies of all types, from FTSE 100 firms down to tiny startups. Around eight years ago she decided she wanted a change of direction, and embarked on a postgraduate masters degree, focusing on entrepreneurship and innovation. Now, she still takes on corporate comms projects (mainly for tech companies and businesses involved in innovation), as well as freelance research plus lecturing at the University of Bristol.

We caught up with Cecilia for her thoughts on how businesses can define innovation more clearly.

Why is it so important to clearly define innovation?

Cecilia describes innovation as a means to an end, not an end in itself - and so, organisations need to know what they want innovation to do for them.

“Rather than spending a long time debating what the word innovation actually means - whether small changes to product quality count as innovation or whether it needs to be something bigger - organisations need to decide what they need innovation to do for that organisation”. This will always link back to strategic objectives, and how innovation can help the organisation to reach these objectives.

Organisations often say they need to be more innovative, but leave it open to their people to interpret exactly what that means. “What you have then is lots of unfocused activity”, says Cecilia. “Instead, organisations should be saying to their people, ‘what we need to achieve is X, Y and Z: innovate around those ideas’”.

In order to understand what innovation is in the context of an organisation, employees need to understand the direction in which you are travelling. “Within that space, innovation doesn’t necessarily have to be clearly defined. You can define what the organisation is trying to achieve overall, and then leave room for people to innovate in that space”.

How to define innovation and who to involve

Cecilia advises that organisations should keep things simple, and avoid overthinking. "It's easy to get bogged down in all kinds of arguments about innovation. But actually, at its heart, innovation is really simple: it's about coming up with something that's new and that creates some sort of value".

Her advice is to keep things simple and to focus your efforts on the outcome you want from your innovation. "Is it better customer service? New products? A more profitable bottom line? Think about the things that your organisation really needs."

When asked who she believes should be involved in the innovation process, Cecilia's comms background shines through. "I'm always going to say the communications team", she says. “In anything that involves engaging people within an organisation, no matter how big or small, you always need to include somebody whose job it is to communicate”.

She also advises that management should be involved in innovation, as it has regularly been shown that innovation will only succeed if it is sponsored and supported by those at the top.

In reality, though, Cecilia believes that everybody should be involved in the process. “Get people involved in co-creating innovation. Then you’ve got people who are much more engaged.”

Collaboration is also key. “There’s this perception of genius inventors who sit by themselves in a room, or dynamic entrepreneurs who set up a business all by themselves. But the reality is that you can’t do any of these things without other people”. Cecilia describes how, when talking to successful entrepreneurs, they almost always say that they couldn’t have done it without their team and their extended network, with their ideas often created and developed with other people.

“If you’re working inside an organisation, collaboration is really important”, she says. “If you’re working as an entrepreneur, it’s also vital in terms of trying to get people on board with your idea, as well as being able to build relationships and influence people”.

However, if you’re an innovation manager, being creative yourself is not an essential skill. “Instead, you need to be really good at facilitation and process management, and influencing the organisation to be willing to take a risk on projects with an uncertain outcome”. This also includes ensuring there’s an element of rigour involved: sticking with the process that’s required to take something from an exciting idea to a commercial reality.

Having the right team in place

While there are almost always people ready and willing to offer new ideas, it’s rare for an idea to become a commercial reality. For the idea to evolve and be developed, it has to go through a process of testing, feedback and evolution, which allows it to become something useful.

“If you don’t have people who know how to do that”, says Cecilia, “then you’ll have lots of interesting ideas which simply don’t go anywhere. It would be really rare for an organisation to have nobody creative on their team - what’s more likely is, that if you’re not getting any ideas, you’re simply not giving people the space in which to be creative, or you’re not encouraging them to think that their ideas are welcome”.

In Cecilia’s eyes, a lack of creative skills is more likely to be a feature of the organisational culture - and a lack of things like influence will likely lead to the same problems with innovation projects. “If you don’t have anybody who can fight the fight for those projects and get people on board, investing money, they just won’t go anywhere. Often, if you look at the story of successful organisational innovations, you’ll see that there’s normally someone really championing that innovation, really pushing it forward”.

It’s not just different skill sets that are needed, however - it’s a diversity of perspectives, too. “I think it’s probably less about hard skills and more about attitudes”, says Cecilia. “I think business analysts who work on change have a lot in common with innovation people - they’re very curious. And so they’re interested in why things are the way they are, but they’re also interested in how they might be better”.

And for Cecilia, that’s the key. Not so much hard skills, but more attitudinal elements like curiosity, persistence and tenacity, which can not only help to establish where an issue or a new niche is and how it could be handled - but also to ensure that an innovation project is championed and seen through from start to finish.

Many thanks to Cecilia for taking the time to talk to us. For more brilliant insights from innovation experts, read our 2020 Innovation Blockers Report in full.