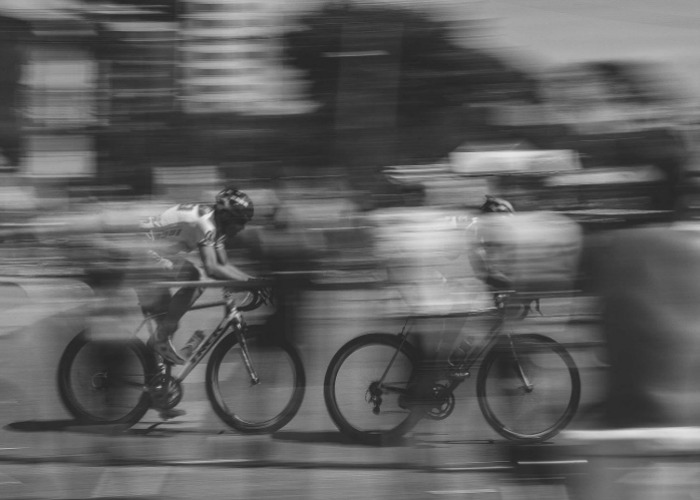 This is a side project of mine, running a series of interviews with interesting and unusual people working in innovation - Innovation Conversations. Solverboard has recently started supporting this project, and the latest conversation in the series was with Simon Jones, the Head of Innovation at Team Sky. See below for the beginning of the interview, or go straight to the full text on Medium.

If there’s one organisation whose name is a byword for innovation right now, it’s probably Team Sky. In just six years, this professional cycling team has achieved what many initially thought was an impossible ambition: the first British Tour de France winner in history (Bradley Wiggins in 2012), a feat repeated just a year later when Chris Froome took the title. Innovation and new ideas have played a huge part in Team Sky’s success, so I was really excited to get the chance as part of my work at Solverboard to chat to Simon Jones, Head of Performance Support and Innovation at Team Sky.

What emerged for me really clearly while talking to Simon was that Team Sky inspires a huge amount of enthusiasm from its fanbase and has a really dedicated team, but that the key is to focus that energy around the problems that really need solving. The concept of marginal gains, now widely understood but absolutely revolutionary when first implemented, relies on identifying multiple areas where improvement is needed, and then finding many small scale solutions rather than huge revolutions.

So Simon, what does innovation mean at Team Sky? Can you give me an overview of what your role covers?

Broadly speaking we consider innovation to be continuous improvement — that sounds like a really boring description but when you look at what we do that’s really the core of it: what are the things that we currently do that we can improve on? We also do a lot of horizon scanning to understand what broader opportunities are from new technology or approaches, and go through a process of filtering to work out which ones are applicable.

So we look at new developments in wearable technology, new materials, bike engineering and the rest, but mostly we try to turn the dial up on the things we do every day, and improve critical things such as our tactics, or work out the optimal position on a bike.

Really though, no one should be called Head of Innovation. We’re all involved in improvement, I’m not totally responsible for innovation, everybody is — it should just be part of what you do. Having said that, I spend about three quarters of my time external to the team, looking for new approaches and technology, new horizons and understanding, so that’s why my role is focused on innovation, because you need that external reference to see what’s possible.