What does Altered Carbon tell us about creativity and collaboration? 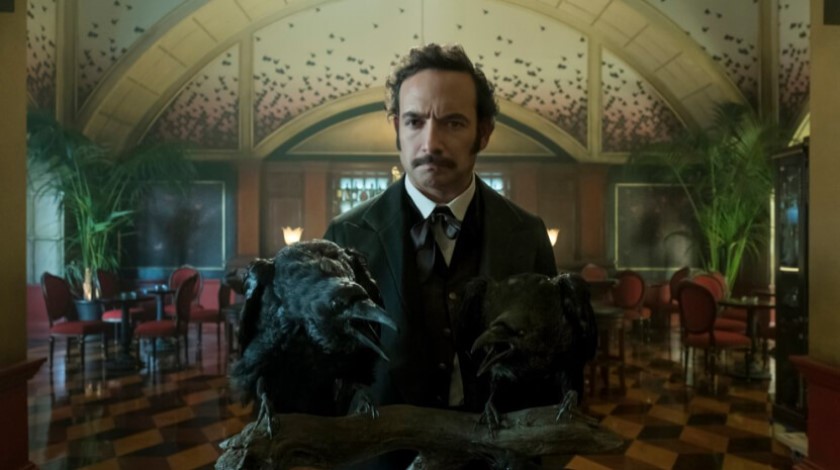 Have you been watching Altered Carbon? Going by the amount of online chat many millions of us are, so chances are you’re one of them. (If you’re not watching it yet, there’s a good synopsis of the premise here – go on, have a read. I’ll wait.)

Netflix has put an enormous amount of money behind this series, even taking a stand at CES to promote it (given that stands at CES cost in the region of $150,000, that’s not a small commitment).

I’ve only watched a few episodes so far, but it’s already, for me, amply demonstrating that the purpose of art is to hold a mirror up to nature (well, life, anyway). Just as Charlie Brooker’s Black Mirror takes our world and shows us how it could look if we took some of the current trends to their logical and terrifying conclusion, Altered Carbon raises some pertinent and difficult questions about artificial intelligence, the nature of humanity and identity, and the morals and ethics that go with it.

Part of Altered Carbon’s premise is that our essential self can be contained in a single chip-like device – the stack – which can then simply be implanted into any convenient body, or ‘sleeve’. This changes the nature of death completely - killing the body you’re in is simply referred to as ‘organic damage’, while real death involves blasting your stack with an energy weapon and is irreversible. Unless, of course, you’re wealthy enough to be able to back up your stack to your own personal satellite, as one of the main characters (and one of the galaxy’s richest men) Laurens Bancroft does. (On a side note, if you were wealthy enough to pick any sleeve as your own, would you choose James Purefoy? I think I’d probably opt for Cillian Murphy in his Peaky Blinders incarnation, but there’s no accounting for tastes.)

Watching the first episode or two got me thinking about some of the implications for the future of work, though.

We already have remote attendance at events in a simplistic and crude form. Many people are pursuing telepresence as the next step on this journey, but Altered Carbon suggests simply needlecasting your stack via satellite into a sleeve at the location of your choice. Being able to leave a clone of your sleeve at work and just switch into it at 8.59am would solve a lot of commuting issues (our founder Phil would be first in the queue for that particular service!) Or you could have a sleeve at every major transport node in the world, ready to travel to wherever you needed to be next and making corporate travel much less onerous.

There is a question in my mind about why Bancroft bothers to needlecast his stack to the other side of the world when Altered Carbon boasts incredibly sophisticated VR – wouldn’t you just meet people in VR space rather than send physical sleeves to the other side of the world? Facebook’s Spaces project is taking baby steps into this idea, using VR to allow people to interact in shared space as if they were sitting next to each other.

In the series, if you’re not rich enough to afford clones of yourself, you have to make do with whatever sleeve you can afford if you suffer organic damage. Depending on your budget, you could end up in something quite different to your original self – as a 7 year old girl does in the first episode, being ‘re-sleeved’ into a frankly fairly broken down middle aged woman. Obviously we know that our identity and our self are not that easy to separate from our corporal form, and Altered Carbon acknowledges this: re-sleeving into too many different sleeves leads to identity issues and hallucinations. But how much of our interactions with each other are based on our physicality, and what does this mean for how we collaborate and work together?

We know that creativity, for example, is often something that happens between people, not in them. And we know that it’s almost always better to have those people meet and work face to face and alongside each other rather than remotely. So does this mean that an important part of creativity and collaboration is about how we physically interact with each other, not just what we say? Would a successful creative partnership still work if all those involved moved into different bodies? Maybe it would bring about some new and unexpected ideas, thoughts, or angles. And if part or all of those bodies or intelligences were artificial, how would that change the dynamic?

IBM is tackling creativity as one of the big challenges for their Watson AI, but even they admit that an AI truly creating something from scratch is a long way off – at the moment it’s more about augmenting human creativity with processing power, so in that respect it’s more about human/AI collaboration. Would that collaboration work better if there was a physical aspect to the interaction?

A recent study found that robots using human-style body language have more positive and effective interactions with the people around them, and that even if it made mistakes, a robot that took the initiative to interact physically was more popular than one that simply followed orders. Heriot-Watt University’s recent experiment with Fabio the shop robot seems to bear this out: although he was withdrawn for, well, not being terribly good at his job, staff in the shop had become rather attached to him and were genuinely sad to see him go.

I know that Altered Carbon isn’t presenting a realistic future scenario – but the power of telling stories like these is to raise questions and get us thinking about the potential implications of technological innovation. As we consider the nature of human intelligence and creativity, and what the future of work might look like in an era of robotics and artificial intelligence, they can be really useful ways of getting us thinking more deeply about some tough questions. At least, that’s my excuse – now if you’ll excuse me, Episode 5 isn’t going to watch itself.

(With thanks to our Head of Development, Tim, for really useful AI references)