The Future Is Crowdsourcing 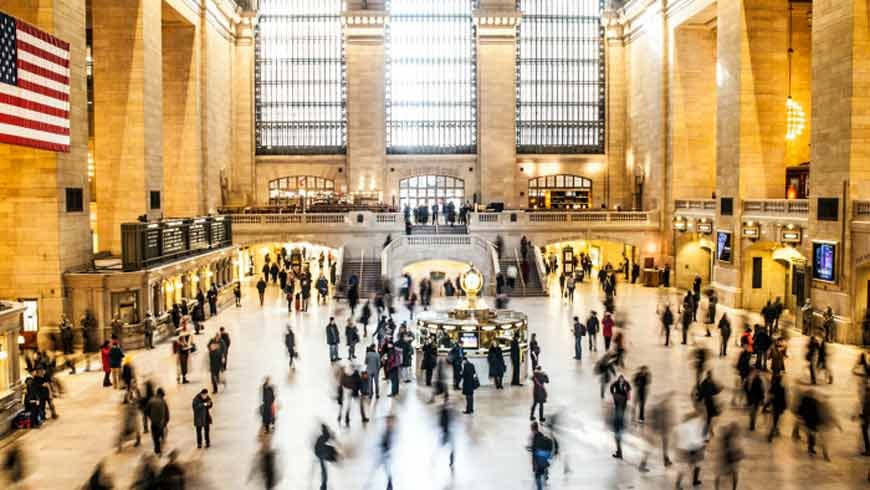 This article was first published in the July/August 2014 international edition of Accounting and Business magazine, and is reproduced here with the kind permission of the editor.

More than half the manufacturers of consumer goods will achieve 75% of their consumer innovation and research and development (R&D) capabilities via crowdsourcing within three years. That, at least, is the prediction of consultancy Gartner – to a mixed reaction from companies and academics in the area. One thing they are virtually all agreed upon, though, is that crowdsourcing is developing rapidly and has disruptive consequences.

Crowdsourcing means obtaining services, ideas or information by soliciting contributions from a large group of people – usually online – rather than from traditional sources. Organisations have already found a huge range of uses for crowdsourcing, from improving sales techniques to building predictive models and designing adverts. A mining company even used it to find elusive gold reserves.

A recent article in New Scientist proposed that crowdsourcing can even ‘fix’ the internet by protecting it from complex bugs like Heartbleed.

Gartner said that engineers, scientists, IT professionals and marketers at consumer-goods companies are now engaging the intellect and opinion of crowds much more aggressively. It sees a massive shift toward such applications of crowdsourcing as online communities, scientific problem solving, and internally and externally created products.

The consultancy also predicted that consumer-goods companies using crowdsourced solutions in marketing or product development will have added 1% more to their revenue by 2015 than non-crowdsourcing rivals.

Large brands and companies such as Doritos, Starbucks and Procter & Gamble (P&G) have led the way. Thousands of businesses are now thought to be using so-called idea exchanges, where customers post suggestions and vote on features suggested by others.

But Jonathan Price, visiting lecturer at the London School of Business & Finance (LSBF), sums it up when he says: ‘The numbers using open innovation platforms look impressive by themselves, but in market share terms they are infinitesimal.’

Matt Greeley, CEO of Brightidea, says: ‘Global spend on R&D is $1.4 trillion. To say the majority of that will go toward crowdsourcing within two years is unrealistic. However, crowdsourcing is highly disruptive to R&D and will continue to take a larger slice every year. New, collaborative innovation models are catching on fast, in a big way.

Crowdsourcing is likely to disrupt a large segment of the global economy.’

Greeley highlights P&G as a prime example of how businesses are using the new product-development model. More than 50% of the company’s product initiatives involve significant external collaboration, and it expects externally sourced innovation to contribute more than $3bn in 2015.

However, Dr Steve Priddy FCCA, head of research at LSBF, dismisses Gartner’s claim as ‘rubbish’. ‘Crowdsourcing is not going to displace the R&D function of firms as diverse as Unilever, Shell or Arup,’ he says. ‘It may impact more on “gazelle” startups, which are excellent for crowdsourcers.’

Techniques such as asking fashion blog readers about their favourite colours have enabled businesses like The Cambridge Satchel Company to achieve rapid growth from almost nothing, says Priddy.

Dave Nelsen, president of Dialog Consulting Group, also doubts that crowdsourcing will become so pervasive soon – if ever. ‘But it will be a huge trend,’ he adds. ‘It’s brainstorming meets focus group meets democracy. For example, over six years, Starbucks has implemented more than 300 ideas based on customer suggestions and voting. Why should a company plan its products and services using just the people inside its four walls? Customers live in the real world, there are more of them, and they have lots of good ideas.’

100%Open has helped run many crowdsourcing campaigns for a wide range of companies and non-profit organisations – it claims a tenfold return on investment for open-innovation projects.

Co-founder Roland Harwood says: ‘There are some great examples of how crowdsourcing has made a real difference in all sorts of industries and applications, from Wikipedia to citizen science. Whoever you are, not all the smart people work for you. This has always been true, but more recently, simple web tools have made it possible to engage them in innovation activities effectively. This has made open innovation increasingly necessary to build and sustain competitive advantage.’

But crowdsourcing also brings many potential difficulties. Some claim one of the biggest is that it can be used to exploit desperate people by offering minimal or unfair rewards – a practice dubbed ‘serfing the internet’.

Michael Mainelli, executive chairman of Z/Yen Group and a member of ACCA’s Global Forum for Governance, Risk and Performance, says: ‘In R&D, intellectual property is a nightmare. The biggest problem is that I can’t crowdsource something unless I can identify the IP rights.’ He says some companies have offered ‘egregious contracts’ for crowdsourced ideas, pressuring people to give up their rights for a relatively small pay-off. ‘You only need a few like that to queer the pitch,’ he says. ‘We need a reform of IP before we can use these techniques.’

Priddy agrees: ‘The growing danger is a lack of regulation over crowdsourcing. It is not for the faint-hearted, but it should form part of a balanced investment portfolio.’

Mainelli adds that so-called crowdworking – for example, accessing the global IT talent pool to write pieces of computer code – is already proving successful and is a more effective use of the crowdsourcing technique at present.

Academics also point out that crowdsourcing is limited in that it can usually only be used for ideas rather than the whole R&D process.

Bettina von Stamm, director at the Innovation Leadership Forum, says: ‘In most cases, open innovation is a misnomer. These platforms are mostly only generating ideas. They don’t collaborate to implement the ideas, which is what innovation is about.’

She also points out that successful crowdsourcing requires organisations to publish details of their plans online that they may not wish their competitors to read.

Harwood says another downside could be the tendency towards mediocrity, as herd behaviour gravitates towards obvious ideas, unless the project is properly managed, moderated and incentivised. ‘Another pitfall is building expectation in your crowd that cannot be fulfilled.

This can lead to a backlash of disappointed participants but can be avoided by careful and frequent communication about what you are doing and why at each stage,’ says Harwood, who adds that crowdsourcing is not about getting something for nothing. ‘It requires a lot of work and some investment to make it work,’ he says.

Von Stamm says methods for measuring the effectiveness of crowdsourcing will depend on the context. ‘If you want a small improvement for an existing product, it’s simple to measure. But radical innovation requires more care because if you measure too much you might kill it. It might be better to measure the success of the whole portfolio rather than individual projects. Many ideas will fail, but a few will succeed and perform much better than any incremental innovation.’

The possibilities opened up by crowdsourcing might call for finance to be more flexible, says Von Stamm. ‘Most of the existing measurement tools are geared towards risk elimination and certainty.

“Ambidextrous” organisations excel at incremental innovation and the opposite, almost contradictory mind and skill set required for innovation excellence. I am making gross generalisations, but some finance people tend to focus more on details, whereas innovation requires a focus on the bigger picture. With crowdsourcing you can’t plan for the solutions to come.’

Harwood says it is important to calculate not only direct return on investment but also softer measurements such as net promoter score. A major by-product of customer crowdsourcing is that they can become more engaged with your brand and products.

Greeley says tracking the financial impact for the company is nonetheless essential. ‘We define an innovation outcome as dollars returned to the business – this could be cost reduction or revenue growth,’ he says. ‘Our customers have tracked over $500m in impact from crowdsourcing, so there is compelling evidence of its positive effect.

‘The counter-point is what if you did not crowdsource? Would you identify and work on the same opportunities or ones with equivalent impact? There is no way to tell, but there is strong anecdotal evidence suggesting that breaking down silos [via internal crowdsourcing] allows employees to connect more dots across geographic and functional boundaries than they otherwise would.

‘Crowdsourcing can cast a wider net and engage more employees in your most pressing business challenges for faster solutions. Pitfalls arise if you use it as a gimmick. If you don’t try to solve real business challenges, employees realise something is amiss – participation and motivation ceases.’

Mainelli says a refinement of crowdsourcing is to create a market for ideas, rather than simply relying on online votes, for example. ‘In the highly political environment of a large establishment, it’s hard to tell which version of the truth to believe. You could give people tokens to play in the market which turn into prizes. It allows you to see which projects people really think are going places,’ he says.

‘Another development is that people are starting to look at how we infer things from the behaviour of crowds and second-order effects. So we can already guess what you were thinking about before you got there.’

Harwood says that, despite its pitfalls, crowdsourcing is set to have radical effects. ‘It could be applied almost anywhere – some of my favourite current ideas are around crowdsourcing engineering, architecture and government policies,’ he says. ‘Since we have become exponentially more connected, organisations are being turned inside out. In the future, big organisations won’t do innovation, they will merely manage it. The real creativity will come from outside.’

Nelsen adds: ‘People can collaborate from everywhere. This will impact almost every organisation that is based primarily on intellectual contributions, including accountants. The mechanisms for collaborating and integrating knowledge will keep improving. The ultimate potential of crowdsourcing is unlocking our collective intelligence.’