How to generate ideas – tools and techniques for ideation 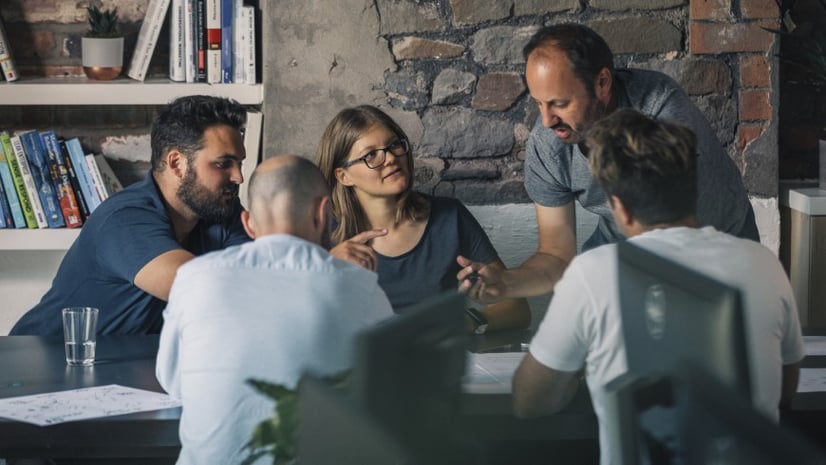 You'll want to capture all the ideas that emerge from your organisation, as and when they arise, but here are nine ways to give the process a helping hand.

Whether it's in team meetings, workshops, group sessions or a spare five minutes, there's a huge range of tools and techniques that can help you get people's creative juices flowing around a problem. We've suggested a few of our favourites below, but don't forget to check out the 'Further reading' links at the end, for other places to start looking for the right ones for you and your organisation.

For tips on running idea sessions, see our other article 'How to generate ideas'.

The important thing to remember is that generating ideas relies on divergent thinking, which is all about creating ideas with no judgement – sometimes called brainstorming, spitballing, or blue-sky thinking. This means that participants should be discouraged from assessing or critiquing ideas (using convergent thinking) in the ideation sessions themselves: that can come later on.

A classic improvisation technique, 'Yes, And' helps you avoid the convergent thinking that can stifle ideas before they've even begun. In 'Yes, And', participants work in pairs or small groups, with one person suggesting an idea or a thought. The other participants then have to build on the idea by starting their contribution with 'Yes, And'. This is often hilarious and allows you to take ideas to their extreme, so it's a good way of warming up a team and getting them to realise that all ideas, no matter how crazy, are welcome at this stage. It often generates useful thoughts or nuggets of an idea, too.

Put up a random word or image associated with the problem on a flip chart or screen, and then generate more words or ideas through free association. Do this for two minutes, then move on to another word or image. Again, this makes a good icebreaker and warm-up exercise.

Similar to Five Whys, this exercise encourages participants to look at every aspect of a problem. Working in teams or taking each question one after the other, create a mind map of the problem with a spoke for each question word. Use the different words to ask questions about the problem and document the results on the mind map.

This format for brainstorming compresses the essentials of an ideation session into one short format. The numbers 3-12-3 refer to the amount of time in minutes given to each of three activities: three minutes for generating a pool of observations, 12 for combining those observations into rough concepts, and three again for presenting the concepts back to a group. The speed is important, as brainstorming can often get bogged down and sidetracked in discussions unless there is a pressing deadline.

This one is the favourite of one of our founders, Phil. It's a framework for idea generation, starting from one central theme. Eight conceptual themes grow out from the main theme and each of them are used as a central theme to generate eight more themes. Explore!

Explore the focus question as if you were an actor like Google, Nike, a Kickstarter project, the United Nations, a local government, Ikea, etc.

Reversal, or the Bad Idea

Examine your problem using each of the elements below in turn: