What is The Lean Startup? 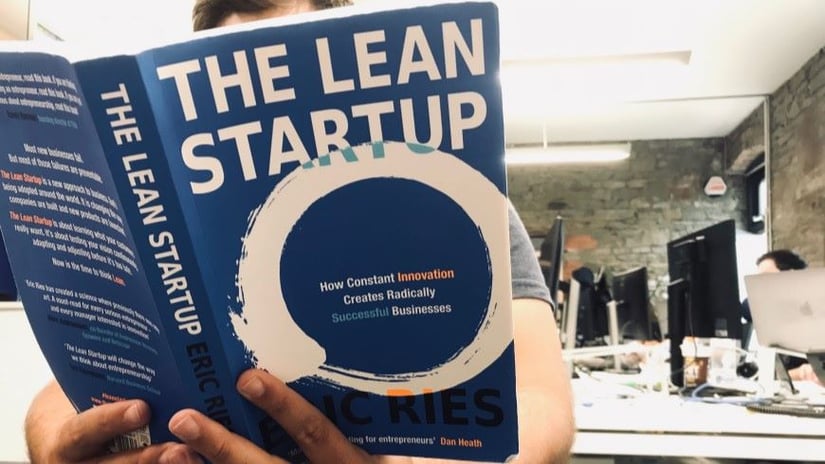 As Eric Ries and Steve Blank introduced principles of lean manufacturing and agile development to the innovation process, it's well worth understanding the roots and concepts behind this popular methodology

The Lean Startup is an approach to creating a new product or business developed by a number of management thinkers during the early 2000s. The approach combines Steve Blank's customer development process, designed for start-ups, with the principles of agile development. The combination was proposed by Eric Ries after Steve Blank invested in his startup IMVU and he and his executives attended the Steve Blank's entrepreneurship course. He dubbed it the 'Lean Startup' after the concept of lean manufacturing, which seeks to minimise or eliminate any expenditure that isn't focused on creating value for the customer.

Eric Ries went on to write the key text on the topic 'The Lean Startup: How Today's Entrepreneurs Use Continuous Innovation to Create Radically Successful Businesses'. The approach is rooted in the concept of continuous innovation, encouraging entrepreneurs to test and learn as they go along rather than launching a fully formed product to the market before securing any feedback. (In this regard, it also shares commonalities with Design Thinking.)

The Lean Startup methodology changes the question the entrepreneur seeks to answer from 'will this product be successful' to 'should we build this product'. By incorporating learning, experimenting and testing into the process from the beginning in an iterative feedback loop, it eliminates the uncertainty and waste of resources that comes from building a fully formed product and then finding out at launch that it is not what the market wants.

The Build-Measure-Learn loop at the heart of the Lean Startup methodology is therefore focused on speed: generating as much validated learning as possible in as short a time as can be achieved. Entrepreneurs create hypotheses about the product (e.g 'we think that consumers will want to buy insurance through an app') and test them by gathering feedback on a simple pilot or prototype (see below). The learning is then fed back into the development process to make changes to the product (or abandon it and pivot to a new idea.)

The Lean Startup introduced a number of concepts that have become widely known in innovation and entrepreneurial circles, including:

The Lean Startup ethos aligns well with Peter Drucker's assertion that an organisation has only two main functions: innovation and marketing, and that all other functions are overheads. It similarly treats all expenditure not focused on creating value for the customer as a cost to be minimised.

Critics of The Lean Startup have pointed out that sometimes, too much feedback from customers can cause a company to make too many changes to their product, rather than focusing on a clear vision. It could also be argued that feedback is not always helpful when trying to make a radical leap forward, particularly one where the infrastructure required has not yet caught up (for example, streaming movies and TV programmes could not happen until home broadband speed was fast enough, and also required consumers to move their computing device from the study to the lounge. However, this didn't stop the team that developed the iPlayer from seeing the future enough to bet on their hunch, even when customer feedback was initially overwhelmingly negative.)