How can corporations achieve net zero by 2030? 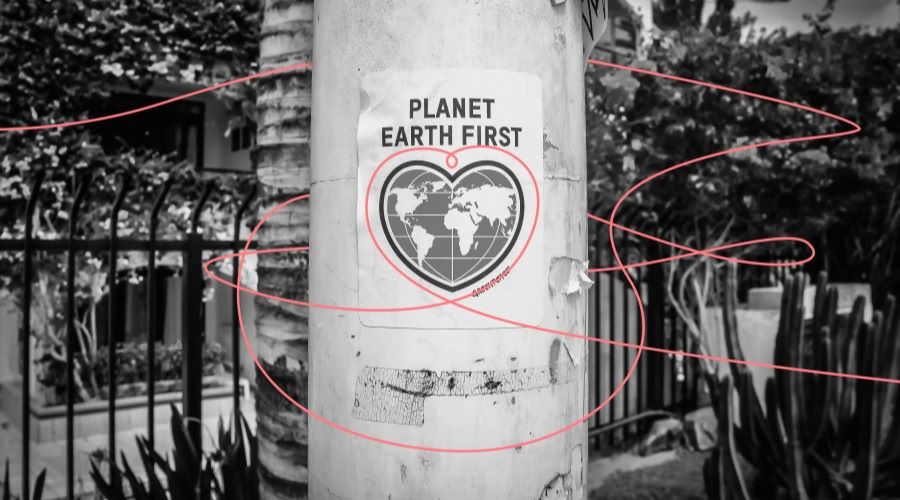 “Corporations will need to accept that they’re not doing this as a marketing campaign,” says sustainability consultant David Trevelyan.

The year is 2030. The UK has achieved its net zero emissions goal, aided in no small part by the incredible efforts of its major corporations. But what did they do to make it possible to achieve this goal?

This is the scenario we asked David Trevelyan, founder and principal consultant at CSR and sustainability-focused consultancy Sustain You, to put himself in. How could corporations use their financial resources and influence to make the net zero dream a reality?

For David, net zero need not be a dream, if corporations can tackle the subject in five key areas.

While replacing a current, less eco-friendly approach with a slightly greener one might seem like a great starting point (and good PR for corporates), David explains that it not only won’t make the impact that is needed, but it could also just substitute one issue with another.

“Beyond the technical issue of how to get the consumer to spot the difference between the two, the fundamental thing is that, if everybody switches from plastic bottles to biodegradable bottles, where do we get the scale of resources required to do that?”

David describes this as the “Grand Challenge” of reducing our consumption of resources overall. He talks of how many soft drink manufacturers are currently working hard to replace virgin plastics with recyclables - with many committing to go fully recycled down the line. However, recycled plastic comes with its own challenges.

“Plastic can only be reprocessed X number of times”, says David. “So we therefore need a solution for fixing this, before plastic can no longer be recycled further and has to be downgraded”.

Of course, there are other options - glass, for example, but a wholesale change like this can create a brand new set of problems.

“Every time you substitute a new idea, you need a framework wrapped around it to understand the total life cost of what you’re doing”.

For example, think of a local brewery that has been asked by a prominent restaurant group to remove any plastic packaging with their beers.

‘They have seen an uptick in breakages, and their delivery vehicles now transport less as the packaging is heavier and less efficient”.

“While they’ve solved the problem of plastic, they’ve actually created another problem which has reduced the total end-to-end efficiency of what they’re trying to do from a carbon footprint point of view.”

If a corporation is to make changes to work towards a net zero goal, they’ll first need to understand what the comparison is between the old and the new - the net overall benefit of having made this decision.

“This comes right back to innovation”, says David. “If you want to come up with a new idea, the first thing you have to do is establish the direction you want to travel, and whether it will allow you to achieve what you want to achieve”.

He firmly believes that these ideas must be evaluated against some kind of framework to establish whether they will take a corporation to a better or worse place, or whether they are actually substituting, rather than making a real difference.

“By 2030, corporations must develop and work with organisations to create analysis frameworks to understand whether their proposed forward positions will actually achieve the kind of change they need. From there, they can funnel their innovation funding into the right answers.”

Using a formal framework can allow corporations to understand where they should channel their money – which approaches will genuinely get them to where they need to be or, whether other alternatives should be considered.

One major challenge to achieving a sustainable future is challenging our consumerist lifestyles.

“On one hand, mass-produced, cheap products are good, because they allow a point of entry for people on lower income,” says David. “If you take that away, you’re then expecting people with less purchasing power to have to buy potentially more expensive products - and more expensive doesn’t necessarily mean better.”

The perception that we need to replace things with newer versions on a regular basis also needs to be challenged. Those with a pay-monthly phone contract, for example, will have got into the habit of replacing their mobile phone handset every couple of years, because their provider offers them an upgrade.

Need to prove the value of innovation within your organisation? Find out how Solverboard can help.

From an innovation viewpoint, David believes that corporations are going to have to ask themselves a big question: “Is our business model even suitable for 2030?”

“Corporations could potentially put a lot of work into a business model that will fundamentally never achieve net carbon zero. The key is to challenge people in organisations to completely change how they’ve worked. If you’re in your 50s or 60s, you might be challenging how you’ve done your job for the last 30 to 40 years.”

This is no small challenge - financially, emotionally and behaviourally. “You’ve got to get the buy in,” says David. “You’ve got to make it better than what the previous was. That’s what will drive the transition – showing people that the new way of doing things really is a better proposition, and creating real engagement.”

Breaking the major challenge down into smaller achievements

Facilitating such large-scale changes can seem like a daunting challenge. However, David’s recommendation is to break the overarching challenge down into smaller projects to ensure success.

He stresses that even the biggest and most complex of projects – such as landing a man on the Moon – has a very specific outcome, but one that can only be reached by completing a series of more granular tasks.

To do this, corporations will need to ask themselves a series of questions:

David also stresses the importance of working together to achieve these goals. “Corporations will need to accept that they’re not doing this as a marketing campaign or simply to make themselves look good”, he says. “This is a fairly existential requirement to change, and one that requires much more collaboration.”

Sustainability is a global challenge, which means that global politics will undoubtedly come into play.

“Here in the West, we have the money, the facilities, the resources to protect ourselves from some of the biggest impacts on climate change and sustainability.”

But many parts of the world – those likely to be worse hit by the impact of climate change – have fewer resources to help combat it.

For David, the vital piece needed to complete the net zero puzzle is awareness of the gravity of the situation. He reiterates that this is not about finding a great marketing angle - it’s about survival.

“Nature killing us off doesn’t bother nature. Nature doesn’t get that the human race doesn’t have enough water or enough resources. Nature will survive without us. It’s not about protecting the planet - it’s about protecting ourselves.”

Without science-based outcomes that actually deliver real global change, this will never happen. In the run-up to 2030, corporations will need to move beyond the balance sheet of a marketing campaign and focus on a whole new set of numbers that really deliver - steering away from anecdotal data that is currently often used for decision-making.

“I think we’ve achieved the low-hanging fruit in sustainability terms,” says David. “The next ten years are going to be far more complicated and far more challenging, but will also deliver far more genuine change.”

Many thanks to David for his time and his thoughts. If you’re looking for a platform that can help you to facilitate genuine innovation, sign up to Solverboard today.