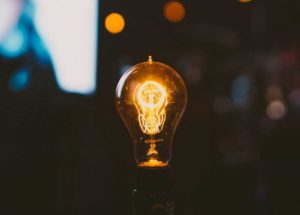 Talking to Nicola was a pleasure as it brought up a topic I hadn’t thought about for a while — system change and system design. I wrote about systems, particularly human systems , a while ago and have always been fascinated by how they grow and develop. Nicola’s thoughts on the subject were a really interesting insight. It was also a joy to talk to someone who was interested in the human journey of entrepreneurship as well as the economic and commercial one — we love to tell the stories of successful entrepreneurs, but spend less time working out how more people can be helped to be successful with the right emotional and practical support. And finally, of course, the topic of tech for good is one close to my own heart.

So Nicola, tell me about The League of Intrapreneurs. What makes an Intrapreneur and why do they need a league?

We think of Intrapreneurs as people inside companies that have got a passion to create impact, as well as the influencing skills to be able to make something good happen. We’ve seen some outstanding examples: we’ve got Miriam Turner from Interface coming up with some extraordinary different ideas to be able to turn ocean plastic into carpet. She’s a great example of an Intrapreneur.

What all Intrapreneurs are doing is adding significant value to businesses whilst at the same time solving big social issues, I think that’s hugely powerful.

What they need is a few different things: first is the support of others to know that there’s other people like them and an identity. They need to know they’re not just weirdos with an idea, that there are lots of others like them all trying to do the same thing.

Second, they need others that they can learn from and with, and to go on the journey with them.

The third thing they need is some skills and some different ways of thinking, so we do things on systems thinking and influence and tribe creation to support them.

And the last thing that they need is visibility so the League of Intrapreneurs this year is launching a competition which is a way for us to be able to create visibility of entrepreneurial movement.

Do you think anybody can be an intrapreneur or is it a certain mindset or certain set of skills that people need?

It’s a tough choice to be an Intrapreneur. I think that everybody has a seed of possibility inside them but to be brave enough to buck the system for something that you believe in is a really big choice.